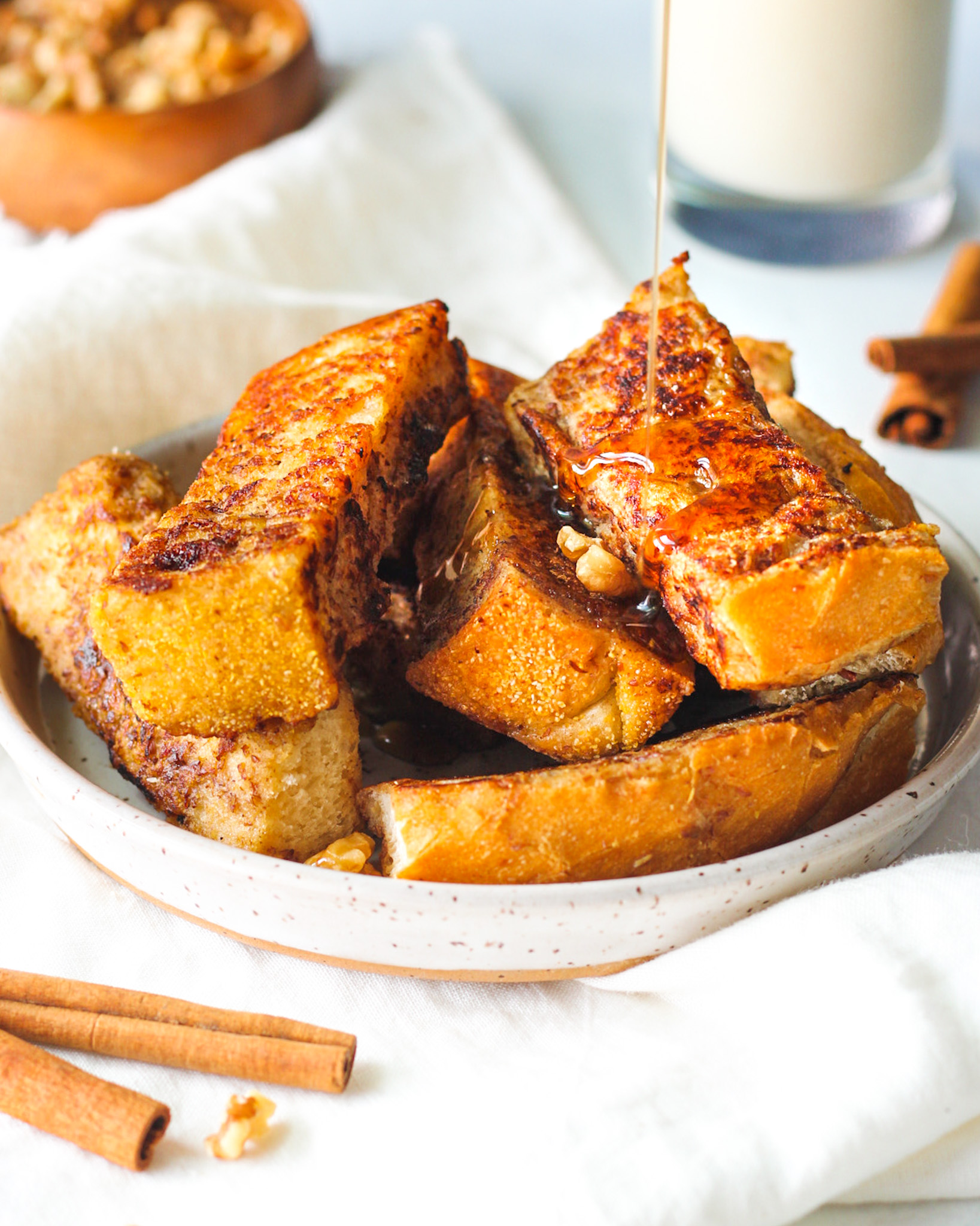 French Toast Sticks will always bring me back to my childhood days. Me and my sister would often beg my mom to take us out to breakfast (which only happened on special occasions). The simple pleasure of eating out and indulging in these sweet French toast sticks, brings back only the best memories. My family outings inspired me to recreate this delicious breakfast (vegan style of course) and share it with you all!

I flavored these French Toast Sticks with cinnamon and banana. However, if you are not a fan of one or the other you don’t have to add them to your batter. You could just make the French Toast Stick plain and add maple syrup and fresh fruit to the top of them.

WHAT TYPE OF BREAD TO USE

For these particular sticks I used what bread I had on hand which was sourdough bread. However, you can use any type of bread you have on hand like gluten-free bread, white bread, whole wheat bread, or multigrain bread.  I recommend using day old bread or bread that is not super soft.

I only had a loaf that was not pre-cut into slices. So the first thing I did was cut the loaf into slices, about ¾ of an inch thick. I then made 2 cuts into that slice leaving me with 3 rectangle sticks. My french toast sticks ended up being about 4 inches long but that will all depend on the size of your bread. You can also leave the crust on your bread or remove that. As you can see with mine I just left the crust on.

I topped my Cinnamon Banana French Toast Sticks with crunchy walnuts and maple syrup. However, the options for toppings are endless. Some other toppings I recommend include:

Crispy on the outside

Soft on the inside

Bursting with cinnamon and banana

When you make these Cinnamon Banana French Toast Sticks I would love it if you would snap a photo of your food and share it with me on instagram @itsallgoodvegan.com. I can’t wait to see how you like it!

Make it Your Own

Recipes to Check Out